This is the complete guide to what the LPS 1175 Security Ratings are, why they are essential, and what that means for you.

This is an extensive guide, so here are some quick links to the different sections:

The 1175 standard itself focusses on the physical security of ‘intruder resistant building components’, which includes strong-points, security enclosures, free-standing barriers, and any products that fall within those categories, such as doors, shutters, fencing or even key safes. 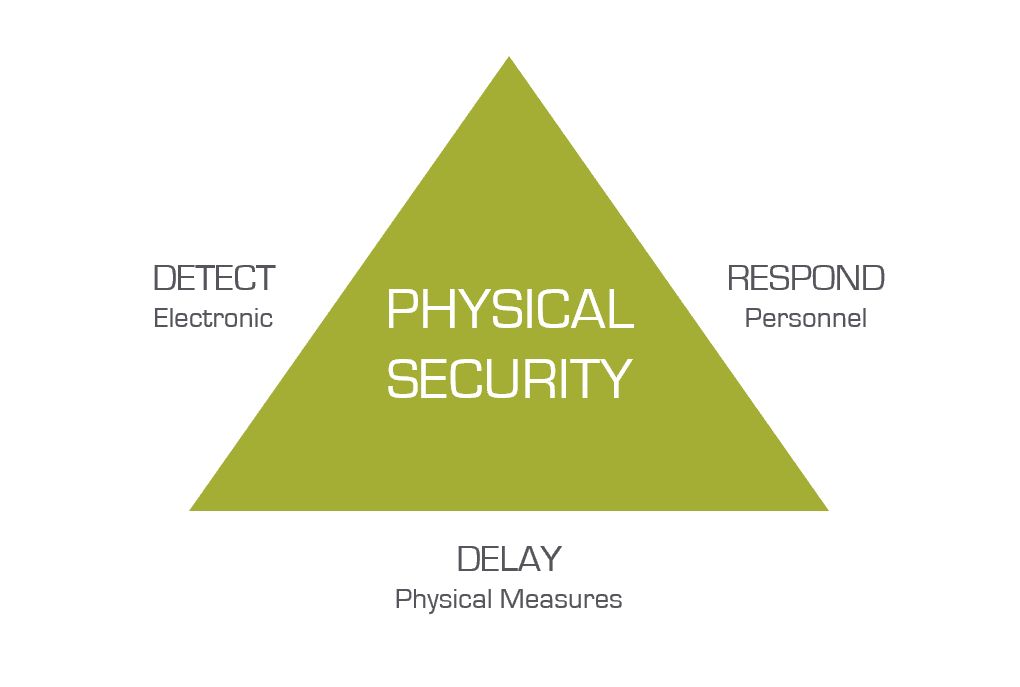 LPS 1175 Issue 7 security ratings are a way of grading how effective a product is at Delaying an attack.

How are LPS 1175 security ratings measured?

The standard uses different tool kits and different attack durations to categorise the security rating a product is certified to.

These ratings are split into eight different security ratings (SR levels), each one intended to represent a distinct threat scenario.

As each rating goes up, both tool-kit and attack duration change.

The basis for this is that if an attacker is likely to use more severe tools in an attack, then they’ll also be more committed to the attack, so more will spend longer trying to defeat the product before abandoning.

In the table above, Maximum attack time is how long the attacker can be physically attacking the product.

In the standard’s test, attackers are allowed breaks between attacks, and so the total of the attack time and the breaks are not allowed to exceed the Maximum total attack duration.

E.g. at SR4 level, the attacker could have five sets of two-minute attacks, with twenty minutes dispersed between them; giving a total attack duration of thirty minutes.

LPS 1175 Security Ratings are the different categories the standard defines as the resistance grade of a physical security product.

The performance ratings SR2 through to SR8 are the most relevant, specifically designed to imitate different risk scenarios.

Below is an overview of each rating, including the attack time, attack duration and the attack tool specification.

Based on low domestic risk and low commercial risk.

Products certified to this rating provide a level of resistance to opportunist attempts at forced entry, using bodily physical force and a limited range of hand tools, including those that create noise.

Based on medium domestic risk and lower commercial risk.

Products certified to this security rating provide resistance to opportunist attempts at forced entry, using bodily physical force and a range of hand tools, including those that create noise.

Based on low commercial risk.

Products certified to this level of security provide moderate resistance to determined attempts of force using a physical force and a wide range of hand tools with a more significant mechanical advantage, including those that create noise.

Based on medium commercial risk.

Products certified to this level provide resistance to experienced determined attempts at forced entry using a wide range of hand tools and battery power tools, with a disregard for noise created.

Based on a high commercial and mission-critical risk.

Products certified to this security rating provide resistance to experienced determined attempts at forced entry for extended periods, using a range of powerful battery tools lasting up to 10 minutes.

Extreme means of attempting forced entry into higher value storage areas before resorting to the use of vehicles, firearms or explosives.

Although the standard is published by the BRE, this is done in close consultation with many other bodies.

Close dialogue with the Government, Insurers, the Police, Risk Consultants, Architects and other industry experts means that the standard remains as relevant as possible to the physical security market.

The team of BRE security experts draft the standard (and the subsequent revisions) and then it is reviewed and commented on by the other industry experts.

The two central bodies to be aware of here are BRE and LPCB:

At the top level of building product certification is the Building Research Establishment, known as BRE.

They’re an independent and impartial, research-based consultancy group, who offer testing and training in aspects of built environments.

So, what is LPCB?

LPCB stands for the ‘Loss Prevention Certification Board’ and is part of the BRE Group.

LPCB is a certification board specifically offering accreditation to security systems and products that meet strict standards and test requirements.

The LPCB is currently the leading centre for fire and security product testing and approvals internationally, with nearly 70 Loss Prevent Standards (LPS) in effect.

Each LPS standard looks at ensuring a product can effectively perform to the required level within various layers of a property; perimeter, facade, interior space, enclosures, and finally asset.

This is built up from the very basics of adequate security to protecting property and people from terror attacks.

The LPS security standards are based on grading structures, developed over time on proven crime science.

The grading structures recognise the increased investment criminals and/or terrorists will make to reap the greater rewards.

Each Loss Prevention Standard covers an element of the property, as shown below:

How do I tell if a product has LPS 1175 Accreditation?

Every security product certified to the standard gets entered on to what is known as the RedBook Live.

RedBook Live contains a live listing for every product certified by the LPCB to LPS 1175.

LPCB own and control the website, so as a specifier you can be 100% certain that any product listed on there meets the criteria.

In order to retain certification, manufacturers must undergo ongoing auditing to ensure that they have thorough and effective quality control procedures in place in their manufacturing processes.

This is another factor that contributes to LPCB’s popularity with specifiers and architects – not only does the mark guarantee a security resistance, it also guarantees an effective Quality Control process.

If you click on the above image, it will take you to the RedBook Live listings page where you can search through all the products and manufacturers accredited to LPS 1175.

In researching security standards and ratings, you’re likely to have also come across EN 1627.

EN 1627 (as the name suggests) is a European standard and is structured on a level-based categorisation similar to LPS 1175, Issue 7.

EN 1627 ratings go from RC1 to RC6, and attack times and attack tools increase with the levels, reflecting that used in LPS 1175, Issue 7.

So where do they differ?

The main difference is that EN 1627 levels RC1 to RC3 are mainly aimed at protecting against criminals using stealth to gain access, rather than the more determined types of attacks covered by LPS 1175. 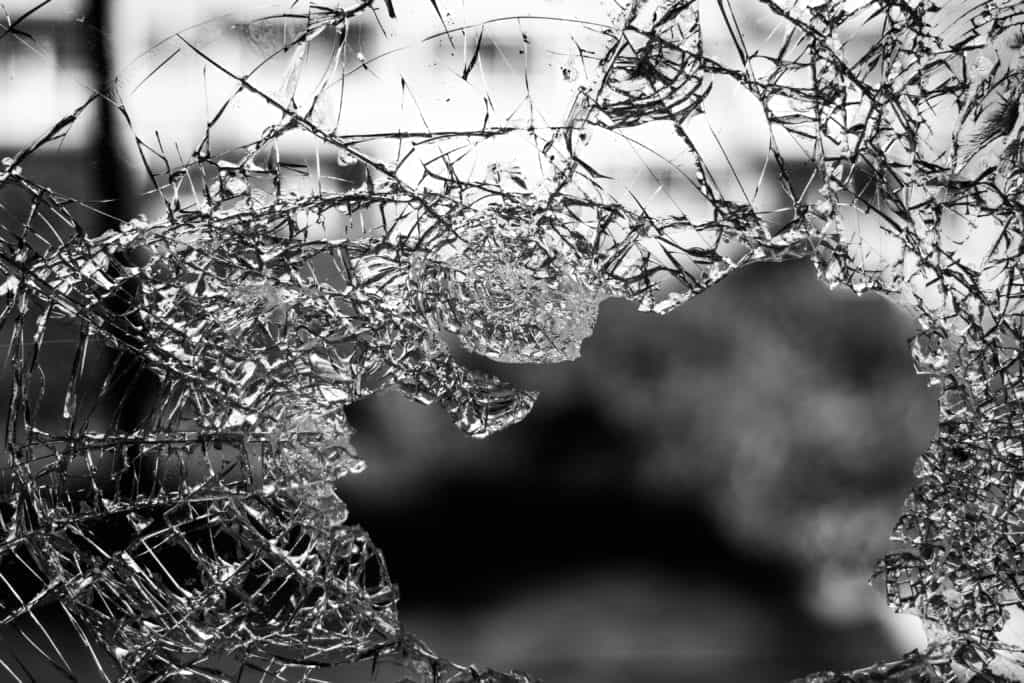 There are also some key differences in the tool kits used in the two standards: EN 1627 doesn’t include some common tools, such as claw hammers, 18V drills and reciprocating saws.

LPS 1175 also includes more powerful equipment such as petrol-driven grinders used by criminal gangs, which EN 1627 does not.

Although any independent standard is better than none, LPS 1175 is generally recognised as the more relevant standard in the security industry today, as it recognises more recent security trends and changes, such as the commonality of power tools.

PAS 24 is a British standard, and there are two main areas where it differs from the LPS 1175 security standard:

PAS 24 is a ‘minimum standard’ of compliance.

What this means is that unlike LPS 1775 Issue 7 with 8 different levels, a product either has PAS 24, or it doesn’t.

There’s no grading structure, it’s simply a pass or a fail.

The other difference is that (like EN 1627) PAS 24 is based more on a criminality threat in a residential environment.

This means that the attack test doesn’t allow the attacker to break panes of glass, for instance.

So although there are instances where PAS 24 is sufficient, LPS 1175 is generally regarded as the more thorough testing standard.

How do I know which lps 1175 security rating i need?

There are 5 main areas you need to consider when you’re assessing which LPS 1175 security rating is the most appropriate for you:

What are you protecting?

What is it that you’re looking to defend? Securing property requires a different approach to protecting people for example.

What is your area of business?

What sector does your application come under? The LPS 1175 standard applies to all sectors, but different applications will have different operational and aesthetic requirements as well as the need for security.

What threat are you protecting against?

At one level, a very obvious factor when looking at the LPS 1175 standard, but being clear as to the threat you are protecting against is not always as simple as it may at first appear.

Where is the property located?

Both geographical (what country/county is the property in) and locational (what is around the property) affect the security rating needed.

What is the likely attack frequency and severity?

How common is the threat you’re protecting against, and will it be opportunist, or professional?

Free Download: How to Assess What Security rating I need

All the factors discussed above will need to be considered to ensure your property is effectively secured.

If you are new to the LPS 1175 standard, or simply wondering if you even need LPS 1175 on your project, we’ve produced a free resource that covers all these areas in detail: